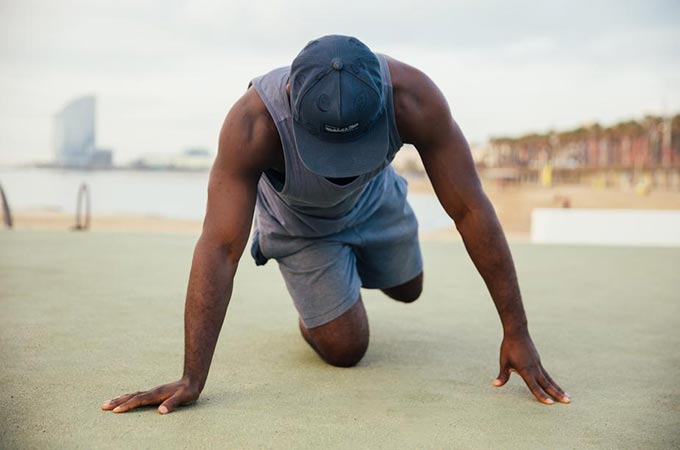 In the United States, men die on average five years earlier than women. This concerning statistic is fairly consistent in most countries around the world. The top three causes of death for men are (in order), heart (cardiovascular) disease, cancer, and unintentional injury. These leading causes of death in men have been consistent over the past few years and they are consistent across racial and ethnic populations, according to the Center for Disease Control.

Most research entities, hospitals, policy makers, and marketers have largely under-emphasized male health despite the fact that the health care trends for men overwhelmingly point to worse overall health status as compared to women. Why does any of this matter? Well, the ramifications of early death for a male head of the household are significant. Early male death has a strong negative effect on the eventual socioeconomic status of the spouse, and it leads to an overall lower educational and eventual income level for his children when they become adults (US Social Security data, Shenk 2012). In addition to the societal implications of early death, the annual financial costs for men’s specific health related disease are in excess of one trillion US dollars (NIH 2008, NCIPC 2011, CDC 2013).

A Range of Health Issues for Men

In addition to cardiovascular disease and cancer, diabetes and hypertension are higher in men as compared to women. Alarmingly, 80% of all sudden-death cases due to unrecognized heart disease, occur in men. When family and friends are asked about possible warning signs that the man may have mentioned before his death, the majority report that he never indicated a sign or symptom of heart disease (chest pain, fatigue, shortness of breath) prior to the fatal event. Other specific diseases that have a higher prevalence in men include lung disease from smoking (chronic obstructive pulmonary disease), cancer of the lung, colon, bladder and liver, and the psychiatric disorders of schizophrenia, obsessive-compulsive disorder, and suicide.

The good news associated with these facts is that risk factors for cardiovascular disease, cancer and unintentional injury are well known and, once identified, can be modified. Those modifications can come through proper counseling on diet, lifestyle changes, and, if necessary, medical or surgical intervention.

There is a great opportunity to improve lifestyle habits in many men. In the United States, men self-report numerous risk factors for poor health, which include 21% who smoke, 34% with obesity, 31% who engage in binge alcohol drinking, and 80% who do not exercise. Improvements in these areas will add years on to a man’s life.

Furthermore, social factors that may have a negative impact on the health of a man. According to the CDC, these social factors include service in the armed forces, incarceration, and high-risk jobs such as construction, mining, and shipping. Men should be counseled of the potential employment related hazards they may encounter in these and other jobs.

In addition to these numerous risk factors for poor male health, barriers also exist to health care participation amongst men. One of the main factors is the gender-specific cultural barrier amongst men to be “strong” and the view that seeking medical help may be a form of weakness. According to some research, men approach health related problems differently than women, and thus different approaches must be utilized to offer healthcare in a way that appeals to men. It’s also important to note that men are more likely to be uninsured or under-insured as compared to women. Unfortunately, all of these disparities and barriers to health care access are magnified in both under represented minority and lower socioeconomic men.

Urologists play a key role in men’s health. Men will often see a urologist with medical issues such as low sex drive, erectile dysfunction, or urinary difficulty. Treatment of the presenting urologic condition is important.

Yet, evaluation of the more lethal underlying condition through a systematic approach is necessary to diagnose and treat diseases related to early male death since many of these urologic issues may be related to heart disease, high blood pressure, cancer, obesity, hormonal issues, or psychiatric factors. Even in the healthy male with no urologic problems, cancer screening and preventative education is a must. Just the simple help of a smoking cessation program will lower the risk of bladder and kidney cancer, two of the top six cancers diagnosed in American men.

A Discussion of Prostate Cancer

Prostate cancer is diagnosed in one of every 9 men in the United States, and it is still the second leading cause of cancer related death in American men with just under 30,000 men dying from the disease (American Cancer Society 2018).

Screening is a simple blood test and examination, and its risks and benefits should be discussed and offered to every man.

Most importantly, men who have a strong family history (father, brother) or are African American should have a screening discussion with their doctor starting at the age of 40 due to the higher risk of being diagnosed with disease in these groups.

The goal of “men’s health” is to increase access and ease of healthcare for men, and tailor specific screening and diagnostic strategies for men at different stages of their life. Cardiovascular disease, cancer, and unintentional injury are the leading causes of death amongst American men, with the incidence of each related specifically to age. All of these conditions can be prevented or modified if caught early and treated. A visit to the doctor to discuss the issues in this blog will add years on to a man’s life, starting with your own!