We are so very excited to welcome one and all to our Virtual Holiday Party! This celebration of the holiday season promises to be a fun and entertaining jaunt through a celebrity sparkled wonderland. We are delighted to invite all to this free evening of mirth and merrymaking. Of course, donations to support our work are always welcome, but they are not required to join in the fun.

An Evening of Joy and Fun

On Tuesday, December 22, 2020, at 7:00 PM EST, we will welcome our guests to an entertaining series of performances, presentations, and conversations. Our show will run for approximately 45 minutes and will be followed by an open opportunity for guests to mingle.

During our all-star event, we will honor MLB great and Baseball Hall of Famer, Andre Dawson for his contributions to his local community during COVID-19.

A Starry Line Up

We are so very grateful to these wonderfully talented athletes, musicians, actors, and more for donating their time and talents to our evening.

John Pizzarelli is a jazz guitarist and singer who has released twenty-seven albums in thirty-seven years as a leader. Most recently, he co-produced James Taylor’s American Standard (January 2020), a Grammy nominee for Best Traditional Pop Vocal Album. John and his late father Bucky accompanied Paul McCartney on Kisses on the Bottom, nominated for a Grammy Award in 2012.

Richard Kind is an actor most known for his television roles on Curb Your Enthusiasm, Mad About You, Luck, Red Oaks, and Spin City. He won a Drama Desk Award and a Tony nominee on Broadway for the role of Marcus Hoff in The Big Knife. Voice actor in The Simpsons, American Dad, Bob’s Burgers, Big Mouth, Toy Story 3, and Inside Out.

Mike Emrick recently retired as the primary play-by-play announcer for NBC and NBCSN. He was the first member of the media honored with the NHL’s Lester Patrick Award. In 2017, Sports Illustrated named Doc as “the best sportscaster of all-time.” Mike is a prostate cancer survivor.

Pierre McGuire has been a hockey analyst for NBC in the United States since 2011, often stationed “between the benches.” He was the head coach of the Hartford Whalers from 1992-1994 after having won a Stanley Cup as an assistant coach of the Pittsburgh Penguins. Pierre was the starting quarterback at Bergen Catholic High School in Oradell, New Jersey. Pierre is a prostate cancer survivor.

Tom Glavine was elected to the National Baseball Hall of Fame in 2014, having compiled a pitching record of 305-203. Tom led the NL in wins five times and won two Cy Young Awards.

Andre Dawson’s twenty-one-year career earned him election to the National Baseball Hall of Fame in 2010. In addition to one of the strongest outfield arms in the history of the game, Dawson hit 438 home runs, including his MVP season in which he put up 49 HRs and 137 RBIs with the Cubs. Andre is a prostate cancer survivor.

Steve Garvey is a baseball legend who played for the Dodgers and Padres for nineteen years. He won an MVP Award, four Gold Gloves, and holds the National League record for consecutive games played with 1,207. Steve is the Chairman of the Board of Fans for the Cure in addition to being a prostate cancer survivor.

Ed Randall is the founder of Fans for the Cure, having incorporated the charity in 2003. He is the host of WFAN’s Talking Baseball with Ed Randall and SiriusXM’s Remember When. Ed was born and raised in the Bronx and is a prostate cancer survivor.

You won’t want to miss this event! Join us for a refreshing night of fun, comedy and music. 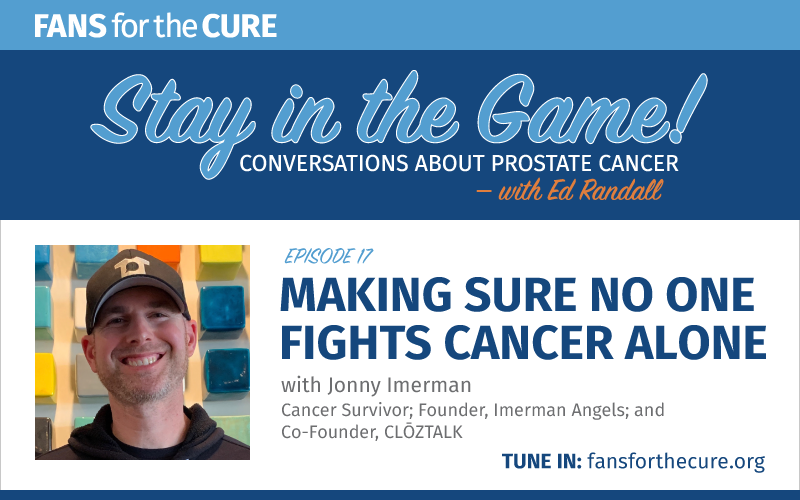