The conventional treatment choices for prostate cancer confined to the anatomic boundaries of the prostate include robotic radical prostatectomy (surgical removal) and various forms of radiation therapy with or without simultaneous testosterone reducing drug therapy. While these treatments are effective treating the cancer and have undergone significant improvements over the years, the unwelcome potential impact of side effects, particularly on a man’s sexual and urinary function (leakage of urine), are unpredictable and still occur frequently enough to have a negative impact on quality of life.

Prostate cancer has a spectrum of biologic aggressiveness and is one of the few malignancies that can often be safely observed (Active Surveillance) provided certain very well-defined criteria are met. Coupled with that biologic spectrum as well as the continuing advances in the detection and precise localization of cancer within the prostate, the door to considering less aggressive prostate sparing treatments has been opened. These advances include improved imaging by MRI and soon petMRI, the fusion of MRI and ultrasound biopsy targeting techniques to map the location of the cancer as well as commercially available genetic testing of the cancer’s aggressiveness directly from the biopsy sample.

The goal is that less invasive procedures will minimize or eliminate the dreaded side effects from radiation, surgical and/or hormonal therapies, particularly urinary leakage and/or sexual function problems, but maintain effective control or cure of the cancer.

Less invasive treatments can only be considered if the cancer is discovered early, thus making early detection more important than ever! One of the criticisms of widespread prostate cancer screening programs is that too many less aggressive prostate cancers are detected, leading to unnecessary treatment and permanent, unnecessary side effects. The pros and cons of screening strategies is beyond a discussion here, but “over detection” is really somewhat of a misnomer. The cancer is present whether or not it is “over detected” and whether it should or should not be treated. The real issue is “over treatment,” and that is an issue for medical science and the education of physicians and patients regarding when and when not to treat, including the risks associated with either choice. A common sense approach is to accept some “over detection” so as not to miss the more aggressive cancers that pose a real threat to the patient. It is much easier to not intervene, preventing “over treatment” of less aggressive cancers, than it is to treat the missed, more aggressive cancer later at a more advanced stage, keeping in mind that there are no curative therapies for metastatic disease. With that in mind and the emergence of minimally invasive approaches that clearly rely on early detection to be effective options, early detection and screening efforts of organizations such as FANS for the CURE would seem to be more important now than ever before. Make the diagnosis and then determine what treatment, if any, is appropriate.

Excluding the complexity of financial considerations, the “over treatment” argument is very important to consider and is driven primarily by the permanent side effects associated with prostate cancer interventions. If such life altering side effects such as incontinence and erectile dysfunction never occurred, “over treatment” would be much less of an issue. It would be similar to the common practice of accepting a low but significant rate of removing a normal appendix to avoid missing a life threatening acute or ruptured appendicitis. A properly performed removal of a normal appendix does not result in any significant life altering side effects but, nonetheless, certainly should be avoided. As medical science has progressed, the “acceptable rate” of removing a normal appendix in the face of a possible missed appendicitis has been greatly reduced, if not eliminated. There are many similar comparisons in clinical medicine, and prostate cancer treatment is another example. Twenty-five years ago, the vast majority of prostate cancers in the United States were treated with radiation or surgery, including the less aggressive tumors. Because of the accelerated pace of medical science, this is no longer the case and Active Surveillance is a widely accepted approach for men with less aggressive cancers. Nonetheless, common sense dictates that the clinical monitoring of a man with known less aggressive cancer is inherently “different” than a similar patient without a cancer diagnosis, even if guidelines may suggest otherwise. We are better than ever, but not perfect… yet!

Enter minimally invasive treatments for prostate cancer. There are many names referring to this treatment approach, including focal therapy, partial gland ablation, targeted ablation, hemi-ablation, and others reflecting the developmental fluidity in this area. There are several technologies either in use or under investigation for this purpose. They work in different ways but in general, most of them destroy prostate tissue by applying enough heat directly to part of or the entire prostate. European urology has been developing and actively using these treatments at selected institutions for two decades or more. Some are FDA approved, but generally not widely available. Men with prostate cancer are clearly interested in minimally invasive options and the United States urologic community is more and more accepting of this additional approach.

Francis Medical Inc., Maple Grove, Minnesota (www.francismedical.com) is developing a new minimally invasive technology that is brilliantly simple and ideally suited to prostate anatomy. It is in the development phase and is not yet approved by the United States Food and Drug Administration. It is different than any existing technology in that it is based on the use of a few drops of water converted to steam and convectively delivered into various compartments of the prostate, immediately treating the prostate. While under a brief anesthetic in an outpatient setting, it is delivered using an endoscope looking through the urine passage to access the prostate and therefore no incisions are necessary. The steam remains inside the prostate preventing damage to the surrounding tissues, thereby limiting the risk of serious side effects. The safety and effectiveness have not yet been established by large-scale trials, but preliminary investigations are very promising and development ongoing. Delivering and targeting steam to the proper area(s) of the prostate requires combining complex technologies to create a device that is safe, effective, and easy to use, but the basic delivery of steam to treat prostate tissue is scientifically sound.

“We kill cancer with water!” 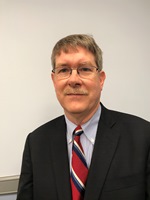